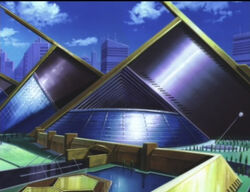 The Gate Corporation (full name Gate Public Corporation) was an organization which designed and built the Astral Gates.

The Corporation started the Hyperspace Gate Project to design the gates and hired many scientists, including Hex.

In 2021, the Gate Corporation planned to build the first Astral Gate, but ran into resistance from Hex. He believed the gates weren't ready and wanted to continue testing their effectiveness. The Corporation disagreed and decided to fire Hex.

In 2071, the head executive knew that Hex had sabotaged the gate toll booths and gave hackers information to steal money from them. They put a bounty on the hackers, hoping someone would find the answer without the executives having to admit the full story.[1]

The head executive and his assistant were credited as "Man 1" and "Man 2", respectively. 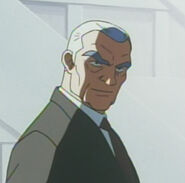 Retrieved from "https://cowboybebop.fandom.com/wiki/Gate_Corporation?oldid=21669"
Community content is available under CC-BY-SA unless otherwise noted.