Doctor Londes' story was that he was a neuroscientist about 50 years prior, in 2021, who changed his research to the idea of uploading the human consciousness online. He disappeared and came back in 2069 to start the Scratch movement. He was the figure of the success of the process and directed his followers to recruit others to the ranks.

Londes' image and voice was used in advertisements, the Brain Dream game, and on TV screens in an abandoned building for the movement. Spanngen used the image as he would his own body.

In 2071, the ISSP put a bounty of 38 million Woolong on Londes. Faye Valentine pretended to join the group in order to find Londes, however, when she found the groups' hideout, she was put to sleep. Spike Spiegel eventually found the hideout, too, and talked with Londes as Jet Black and Edward found Spanngen's body and shut down the Londes program.[1] 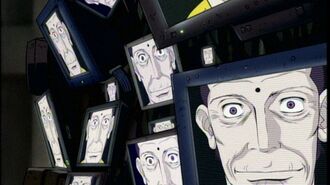 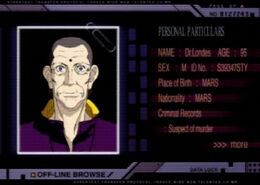 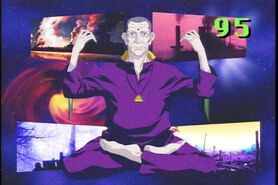